I love those information stuffed artworks 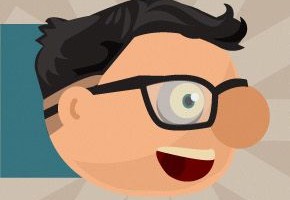 Stuck in a geeks world.. What does it mean? Actually there are “10” different characters that are not easy to seperate for the rest of the wolrd: Geeks and Nerds. But what’s the actual difference? An Infographic compiled by  http://www.mastersinit.org/ is explaining how to seperate them.

While Geeks are more likley to be found in positions like web developers or Entrepreneurs, Nerds are more often working as rocket scientists or reclusive professors. Both are likely to be IT professionals.

I don’t want to repeat all the figures, so just have a look to the infographic below: HostGator Promo Codes
END_OF_DOCUMENT_TOKEN_TO_BE_REPLACED 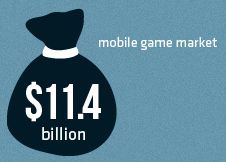 END_OF_DOCUMENT_TOKEN_TO_BE_REPLACED

Even if you can’t guarantee virality, understanding the key components of what makes content go viral can help you ensure that your great content gets “the attention it deserves.”

Check out the fantastic infographic below to learn more about what it takes to go viral.

END_OF_DOCUMENT_TOKEN_TO_BE_REPLACED

In 2010, Google had $29.3 billion in revenue. To put things in perspective, this is more than the GDP of the 28 poorest countries… combined! Despite all of Google’s products and services, 97% of Google’s business revenue is still from advertising. Google has made a major push to capitalize on the growing use of mobile phones. $2,500,000,000 of Google’s ad revenue comes from mobile ads, which is supposed to double by the end of 2011.

A large amount of Google’s business comes from selling ads through AdWords that are sometimes from less than legitimate sources targeting shady products and services such as attorneys, insurance, pay day loans and credit cards. In September, Google was fined $500 million for knowingly allowing Canadian pharmacies to advertise prescription drugs to US residents.

What makes Google’s massive revenue’s possible is that they receive over 1 billion unique visitors per month or 1 in 7 people on the entire planet. Collectively, these people spend over 200 billion minutes (380,000 collective

years) on Google’s websites. That’s over 200 minutes per visitors per month. To make all this possible, Google consumes over 260 million Watts of continuous electricity to power its data centers. This amounts to 1/4 of of the average nuclear power plant’s output. In 2010, Google consumed over 2 billion  Kilowatt-hours worth of energy. That’s 50% of what the Hoover Dam generates in an entire year.

Find the infograhpic in its full beauty here.

We absolutely are in web2.0 now. But who of you guys remembers the good old times back in 1996? Just to reflect some of the problems back in th late 90. I remember fighting with image preloaders to optimize my pages for user experience by prefetching every thing for mouse over effects..

Look at this infographic from onlineuniversity.net

END_OF_DOCUMENT_TOKEN_TO_BE_REPLACED

Facebook, Zynga, Groupon, Twitter and LinkedIn built the heart of social Web being estimated to be worth more than $71 billion. Remarkable that all of them grew in the last decade, more exactly within the last 5 years.

Venture capitalists, founders, engineers and angel investors bring thos kind of start-ups from nothing to an IPO (groupon and facebook are expected to be the next in the row).

If you look closer to the ways money takes and who is connected to whom, same as you do with friends, colleagues or offers in social Web, you can come up with this kind of money network the New York Times did.

For example, the Russian billionaire Yuri Milner — who was virtually unknown in Silicon Valley before his first Facebook investment in May 2009 — is a critical connector in this ecosystem. Mr. Milner, the founder of the investment firm DST Global, has plowed more than $1 billion into Facebook, Zynga and Groupon in the last two years. He has also drawn the Wall Street elite into this world, joining with Goldman Sachs for a $1.5 billion investment in Facebook.

Jeff Clavier, silicon valley investor once said:
“Silicon Valley is not only building and investing in social networks, it is an efficient network of relationships where each individual can be activated or brought into a deal with just a few e-mails or phone calls,”